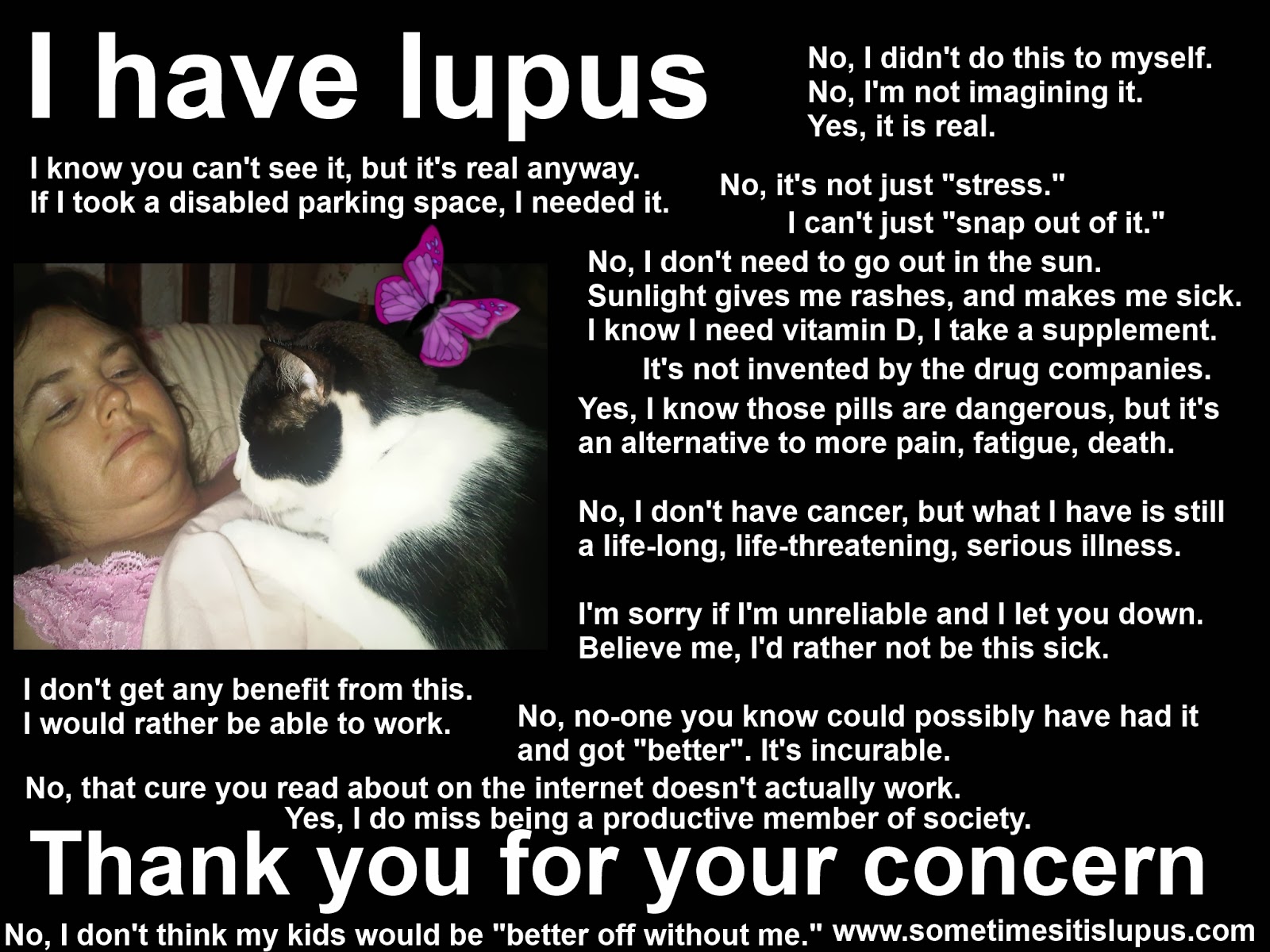 I thought I'd heard just about every ridiculous myth out there.  But twice recently, I've heard one that's new to me. It's the myth that antibiotics cause lupus.

How do people come up with this theory?

Most people who have lupus have had antibiotics at some time in their lives.

Most, probably all, of the whole population of Australia over the age of about two or three has had antibiotics at some time in their lives. If antibiotics caused lupus, then all Australians would have lupus.

Maybe the argument can be further put that people were sick when they started taking antibiotics - but the whole reason to start taking antibiotics is that one is sick.... and again, the vast majority of people who have taken them do not later have lupus.

It takes a while to diagnose lupus.  I lost track of the number of times I was tested for diabetes, Ross River fever and dengue fever over the years before I was finally diagnosed.  At some time in those years, I would also have had tonsillitis, sinusitis, chest infections, etc that would have all been treated with antibiotics. That doesn't mean that antibiotics caused my lupus, just that lupus wasn't the only thing happening with my body.

I understand the desire to find something to blame, some reason to explain what is happening.  But lupus is one of those mysteries, that we don't yet know the cause of. Researchers have found a gene, roquin, that is linked to lupus, but there is still a long way to go to say something is a definite cause of the disease.

Antibiotics are important in the treatment of bacterial infections.  Making someone with pneumonia, or a similar condition afraid to take the treatment that could save their lives will not help reduce the incidence of lupus or other autoimmune diseases.

Email ThisBlogThis!Share to TwitterShare to FacebookShare to Pinterest
Labels: myths