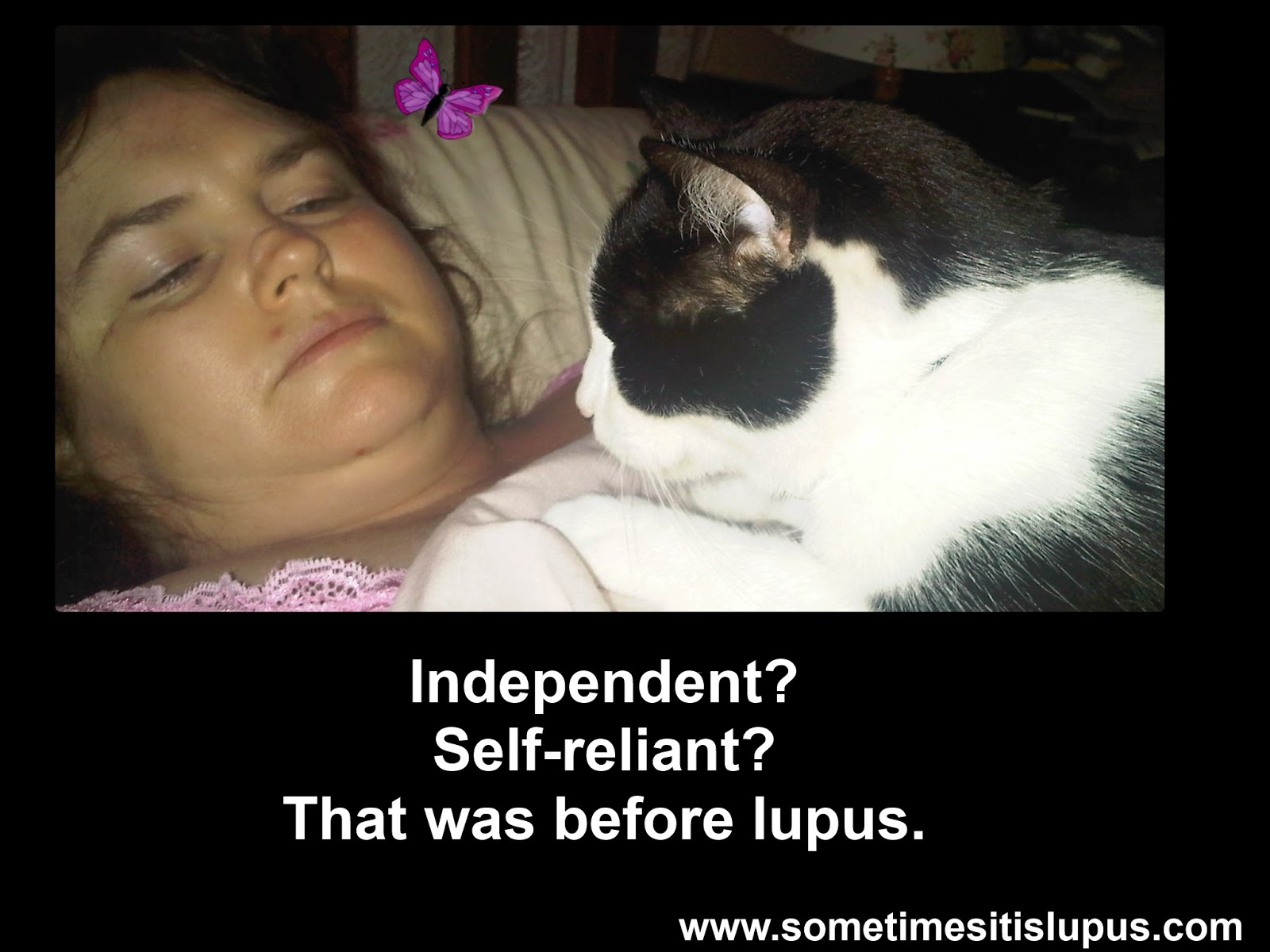 I asked lupies on social media a while ago what they would get, if they had one huge bucket of money
to spend on just one thing for their health.

There were some interesting answers.

One person was so glad of finally having a diagnosis and treatment that she felt she didn't need anything more.

Others wanted to improve their ability to exercise, one suggesting a heated therapy pool, another a personal trainer with special qualifications in dealing with conditions like lupus.

Someone else suggested that if they had money for something big, it would be for a huge Australia-wide lupus awareness campaign.

As for me?  Well, since my daughter and her family have moved into the next flat, I've come to realize just how much I depend on them. I don't need to be looked after all the time, but sometimes I do need help with all kinds of odd little things - from zips I can't do up, to things I can't reach or lift, and on really bad days the shoes I can't reach to put on.

But as her baby grows up, her flat is getting smaller, and they won't be able to live there for ever.  So if I had the money, I would buy us a suitable home.  Ideally, it would be a house with a granny flat, or be a duplex with room for my daughter and her family in one home, and for my son and I in an adjoining home. Maybe even when my son is eventually married, there could be some way to expand to have three homes which were close or linked. The idea would be to give everyone independence, but also to always have family close at hand when needed.

That's probably a crazy daydream, but it would mean I could be as independent as possible, for as long as possible.
Posted by Iris Carden at 08:55 1 comment:

Wake Up and Smell the Coffee 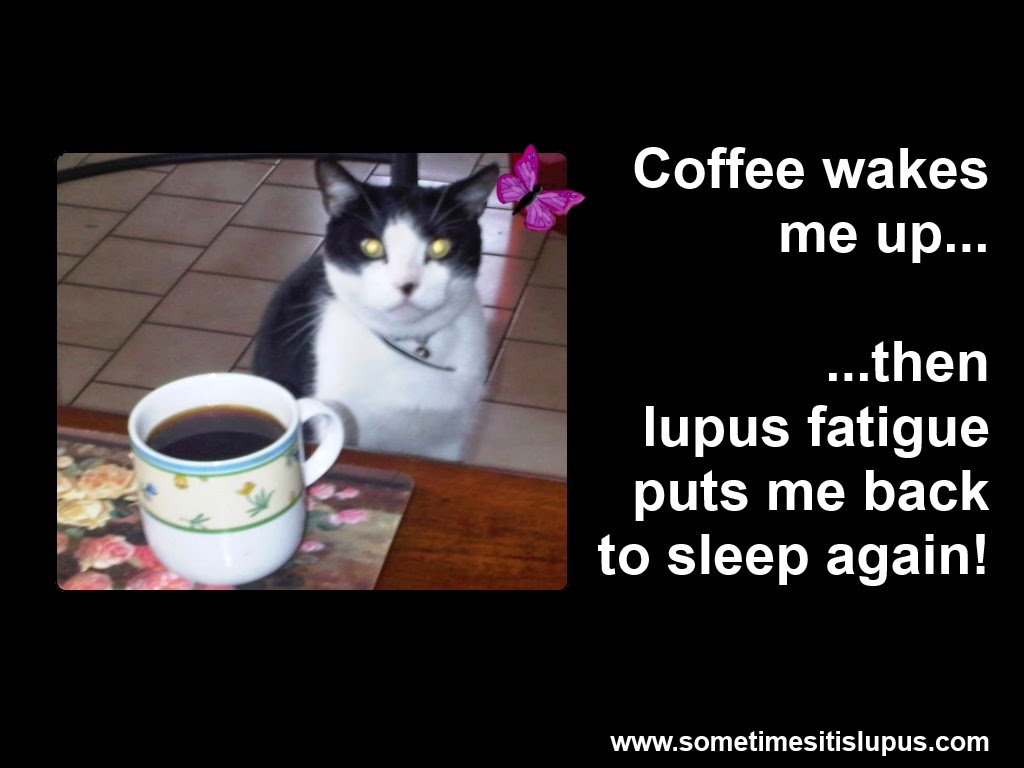 I heard a story on the television news last night about research into people who drink coffee.

Apparently if you regularly drink three to four cups of coffee a day, your risk of getting diabetes is reduced.

The theory was that people who drank coffee did so as an energy boost, so they were more active and being active was what reduced their risk of diabetes.

I didn't catch who did the study, how it was done, or how many subjects there were, so I can't tell you how reliable or otherwise the research was.

I do drink three to four cups of coffee per day, but I'm not sure I get the same health benefits from it.

You see, I drink two cups of coffee at breakfast time to get the energy to eat breakfast, take my pills, and think straight to do a little bit on the computer.  If I'm lucky, I'll still have enough energy to put a load of dishes in the dishwasher.

That's about as far as two cups of coffee takes me, before I need a nap.

Lupus fatigue is more powerful than a simple stimulant like coffee... so even when I get myself thoroughly caffeinated, there's a limit to what I can achieve before fatigue takes over again.

In my house, running out of coffee is a disaster. It means nothing gets done, not even thinking, as fatigue makes my brain fog far worse.

Want to help with the Sometimes, it is Lupus project for World Lupus Day 2014? 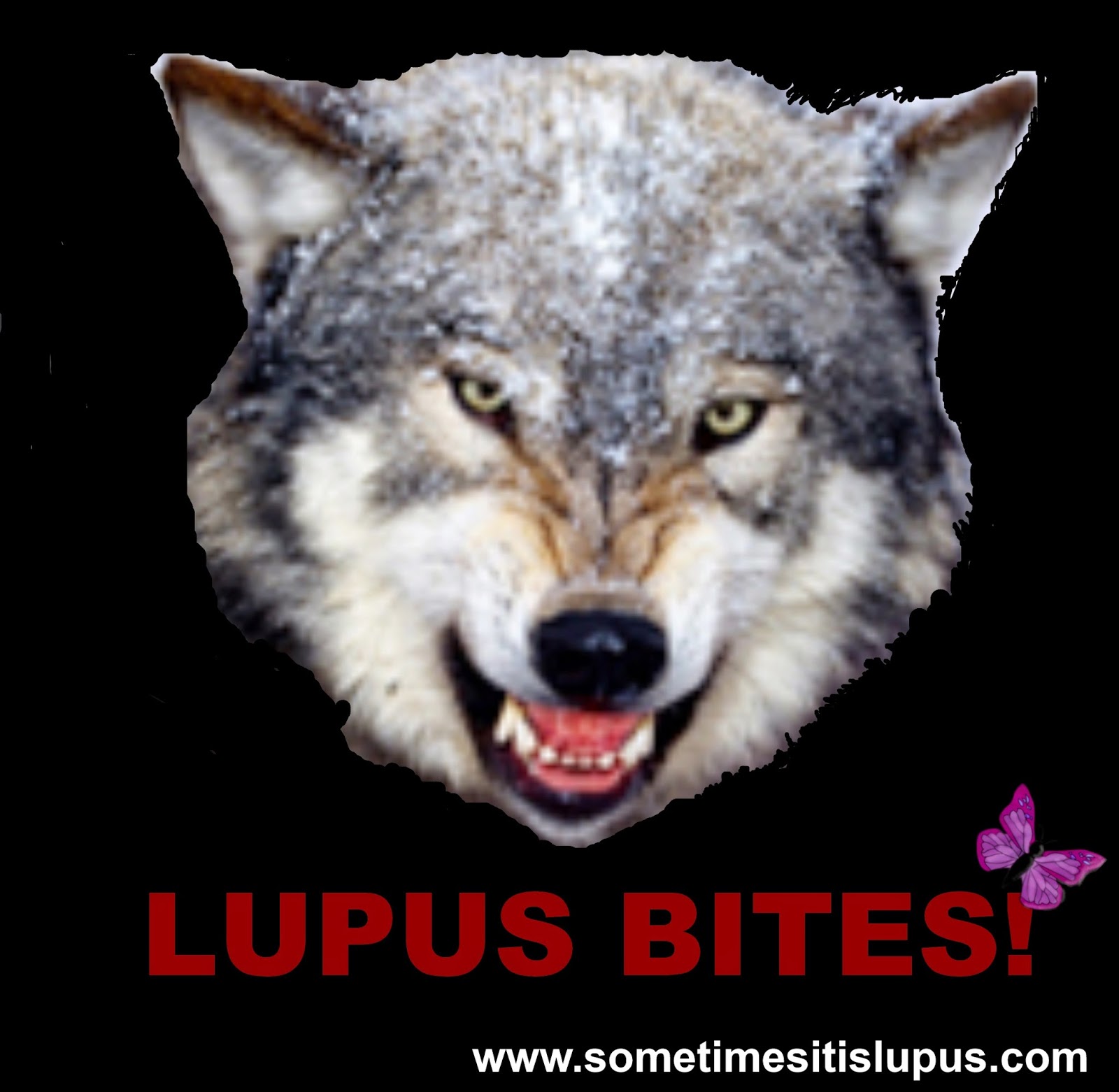 I want your first name and your completed sentence "Lupus bites because....."

Either email me your response, comment on this post, or send it to me via social media.

Your sentence can be funny, silly, serious, angry, just be yourself (but keep the language appropriate for publication.)

I'll need responses by the 9th of May, because the post will go live on 10th of May (World Lupus Day.) 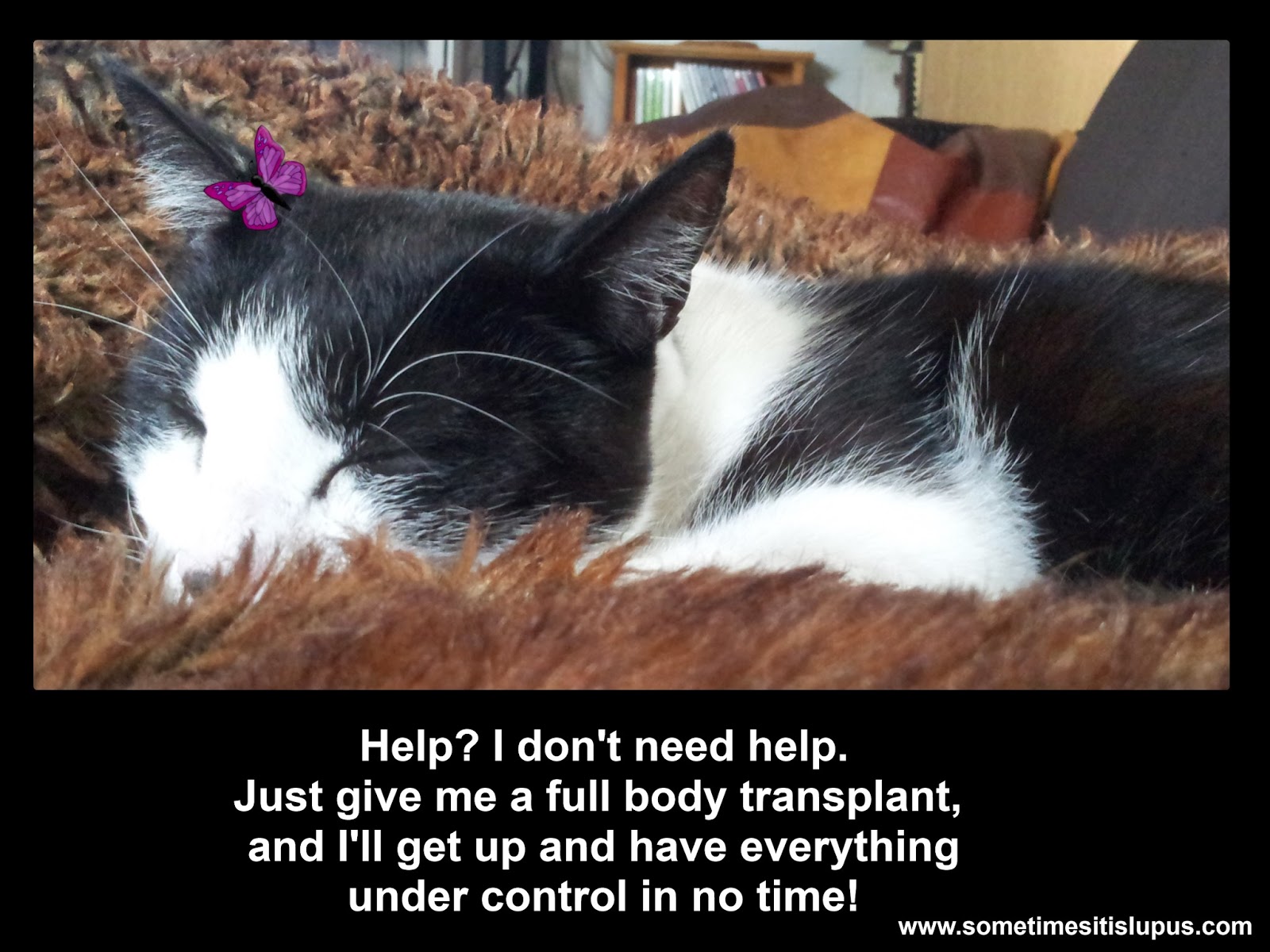 Things I hate about gastroenteritis:

For those wondering about my liver function results from the previous post, I've been to the GP, and the second blood test was better than the first, but still not quite right, so I have to go do it all again.