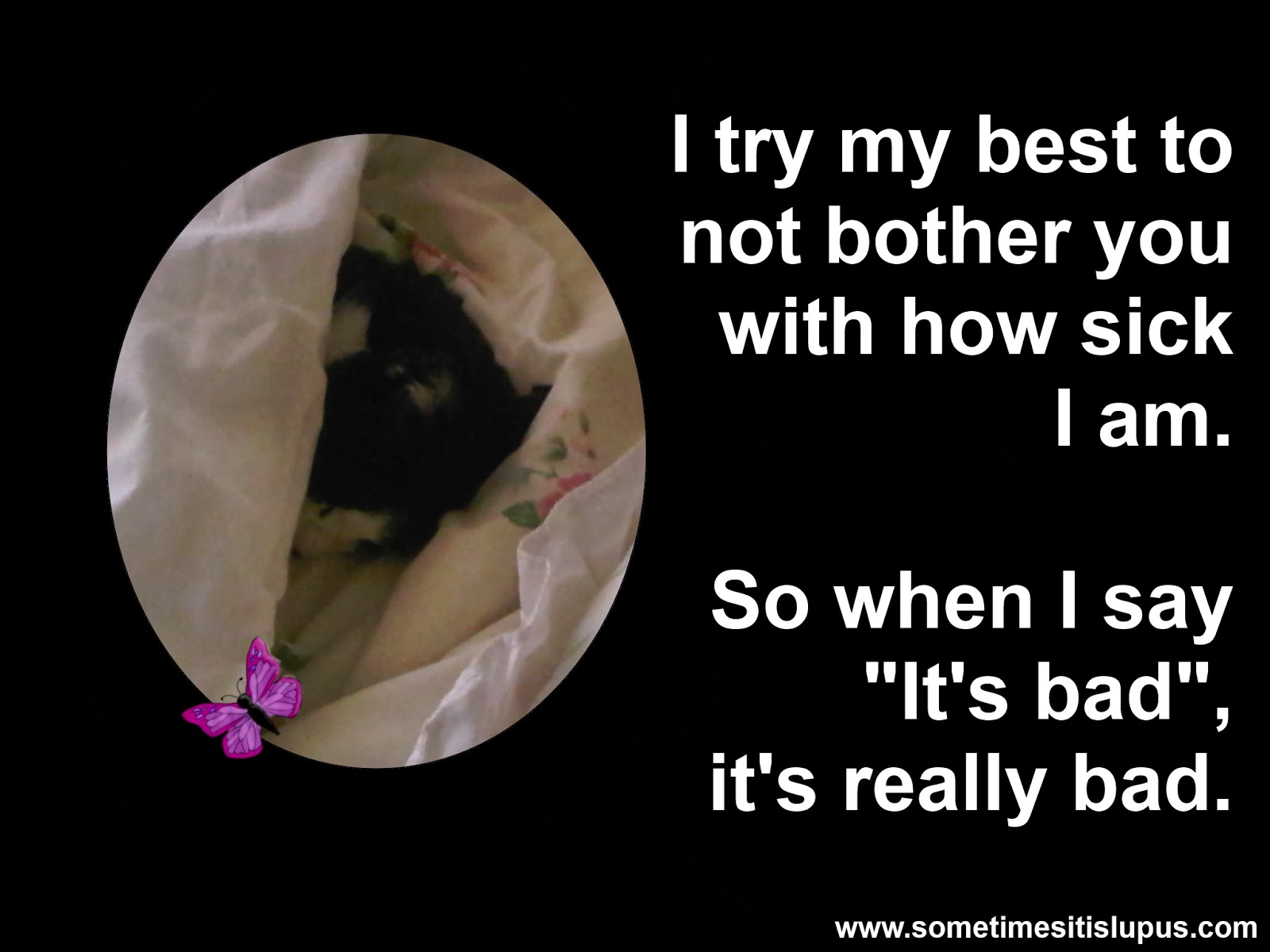 Your friend has lupus.  You can see she's in pain and you say, "Are you OK?"

Why is she lying to you? Why is she minimizing what's going on? Doesn't she trust you?

I know why I do it.  I asked on social media, and found that a number of other lupies have similar reasons to mine.

We do it for ourselves, because:

We do it for you because:

We do it to avoid (I have to stress, that I don't have much of this at all - very few people have judged me badly simply for being sick, I'm working on other lupies' experiences here):


When we say: "I'm fine" or "I'm OK", it usually means something like "I don't want how I'm feeling to be an issue right now, let's talk about something else." I know it sounds like we're talking in code... but really all language is a kind of code anyway.

I don't know about other lupies' family and friends, but mine have learned to decipher much of my code anyway.  For example, just about everyone I spend time with knows that when I say "Let's have a coffee", it actually means, "I'm exhausted. Coffee is an excuse to sit down while I recover, without admitting there's anything wrong."