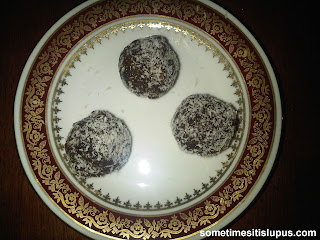 Recipe makes about 30.
Recipe is gluten-free, (lactose free, vegan friendly depend on the type of biscuits used).
These rum balls are very rich.
Posted by Iris Carden at 20:56