Black and Blue (I'm Not Talking About A Dress) 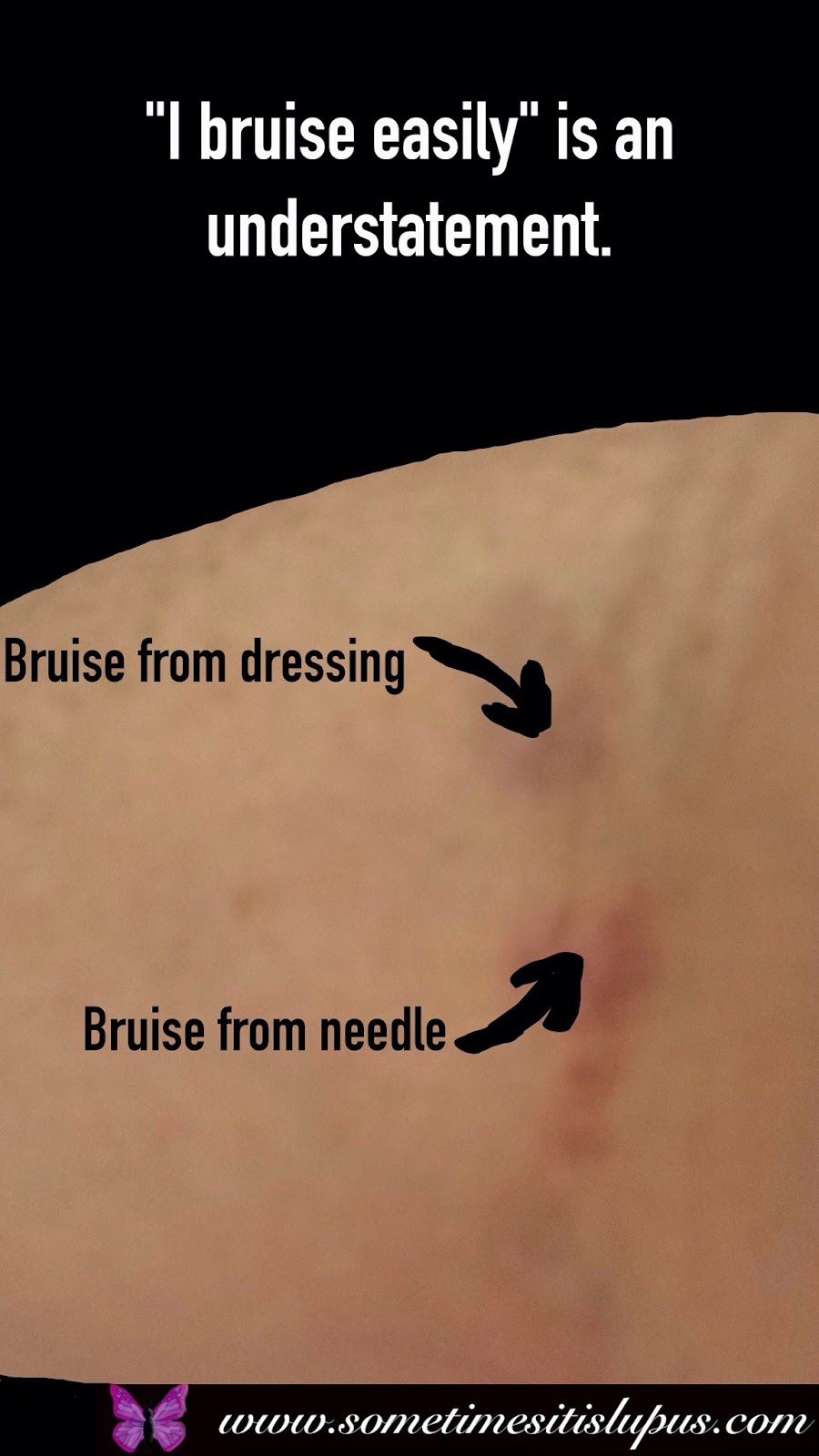 I had a needle for a test the other day. (I was injected with radioactive stuff so a CT scan could see the blood vessels in my brain - we'll talk about it in another post.)

Ordinarily, if I have a needle, and a dressing is put over it, I pull the dressing off almost straight away. This time, I couldn't get to it for a couple of hours (having to lie still with my head in a CT machine, and things like that happening.)

I usually have "mystery bruises". They definitely are bruises, that's not the mystery. I just have no idea how I got them.  It takes so little to make me bruise that things I don't even notice at the time can come up as a huge purple bruise a day or so later.

I don't know if it's an effect of lupus, or if it's just me.

So, if you ever meet me, and see that I'm covered in bruises, I haven't just been beaten up. At least, I'm not likely to have been.
Posted by Iris Carden at 15:13