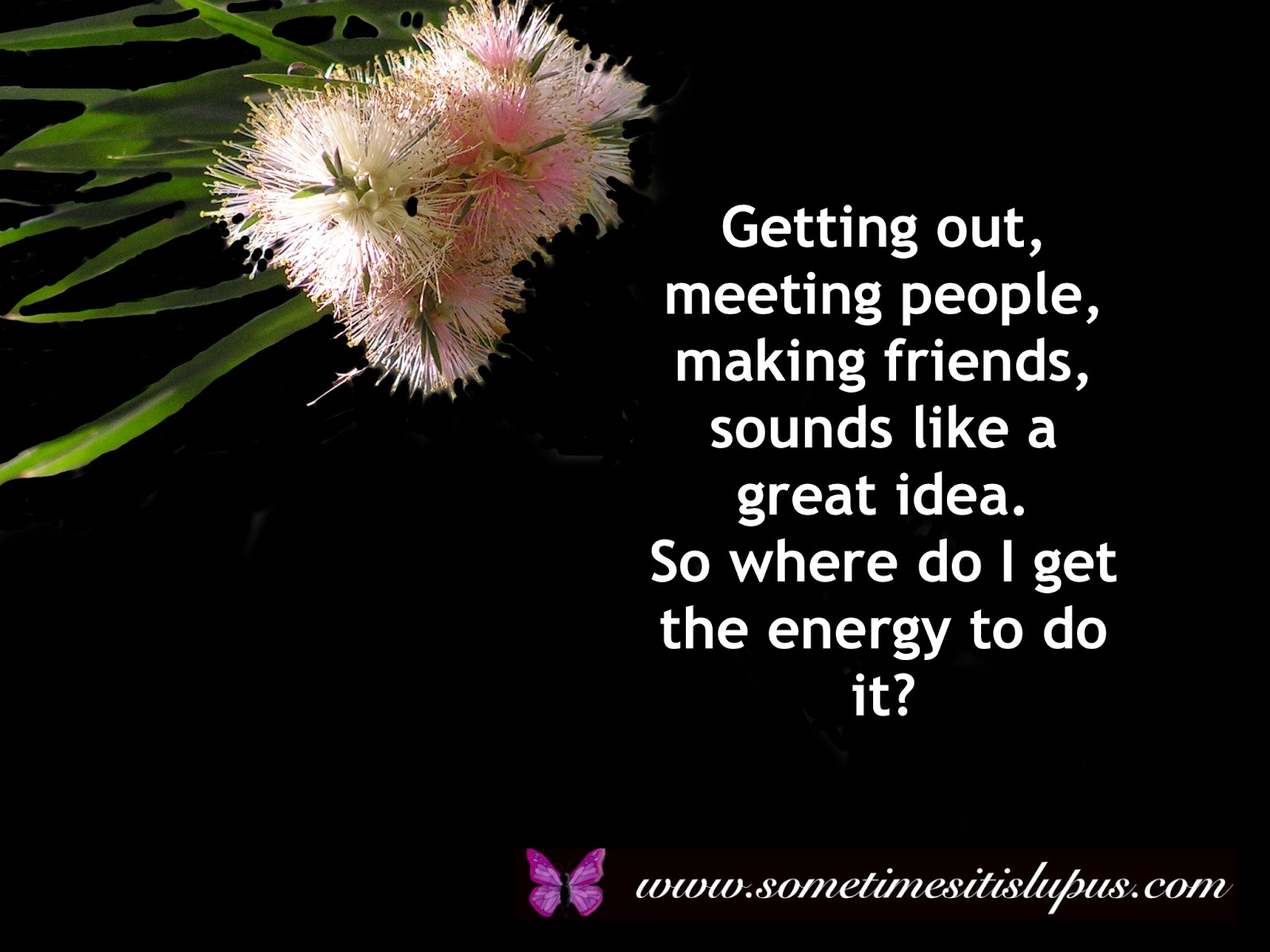 I moved to Ipswich about eight months ago.  Time really does fly.

I've learned where to shop, and all the basics of survival.

Of course, a major part of being part of a community is to build relationships with the people around.

That's where I've fallen down.  I live in a house with my family.  Until recently, I've been going back to my previous community for church.  What I have not made the effort to do is to meet new people.

It is an effort to meet people. It's an effort partly because I'm an introvert, but also because I really do have to find energy to get out.

I'm starting.  Near the end of last year, I joined a Writers' Circle, which has given me the chance to meet other people who love writing.  I have started to go to the local church in the past few weeks, and have been a couple of times with my granddaughter to the playgroup at the church.

Tomorrow is a Presbytery meeting, (Presbytery is the bigger group, that the church congregations in the area belong to), so I can go along, and meet some other people.  It's a whole-day meeting, but as a retired minister, who is sick, I'm fairly sure I can get away with leaving early if I run out of energy. I don't really have to go, but I was invited, and it's a great chance to find out who else is in the area.

At the end of the month, Lupus Association Queensland is having a get-together here in Ipswich.  I booked the restaurant.  That's something I'm really looking forward to, as I hope I will meet other lupies who live in my area.

There's a Friends of the Library group I'd like to join as well, and also arts and crafts groups.  But there's a limit to how many groups I can join.  There's so much I'd love to be a part of, and which could help me find a place in the community, but at the same time, I still need to find the energy for basics as well.  I came home from Writers' Circle the other day, and promptly went to sleep, waking up, still exhausted, about three hours later.

It's like walking a tightrope.  I really do need to get out, meet people, make new friends, have interests outside my home and family.  But I also need the energy for home and family.  And energy is very hard to come by.

I'm sure there's lots of other lupies out there who are struggling with the same issues. Even if you can't work, there are still things you need to do or want to do.  One can't become a hermit, no matter how appealing that may seem on a bad day.  There's always a good day coming up some time, and it would be great to have a friend, or even a couple of friends, around to enjoy it with.
Posted by Iris Carden at 20:42