Cooking in the fog 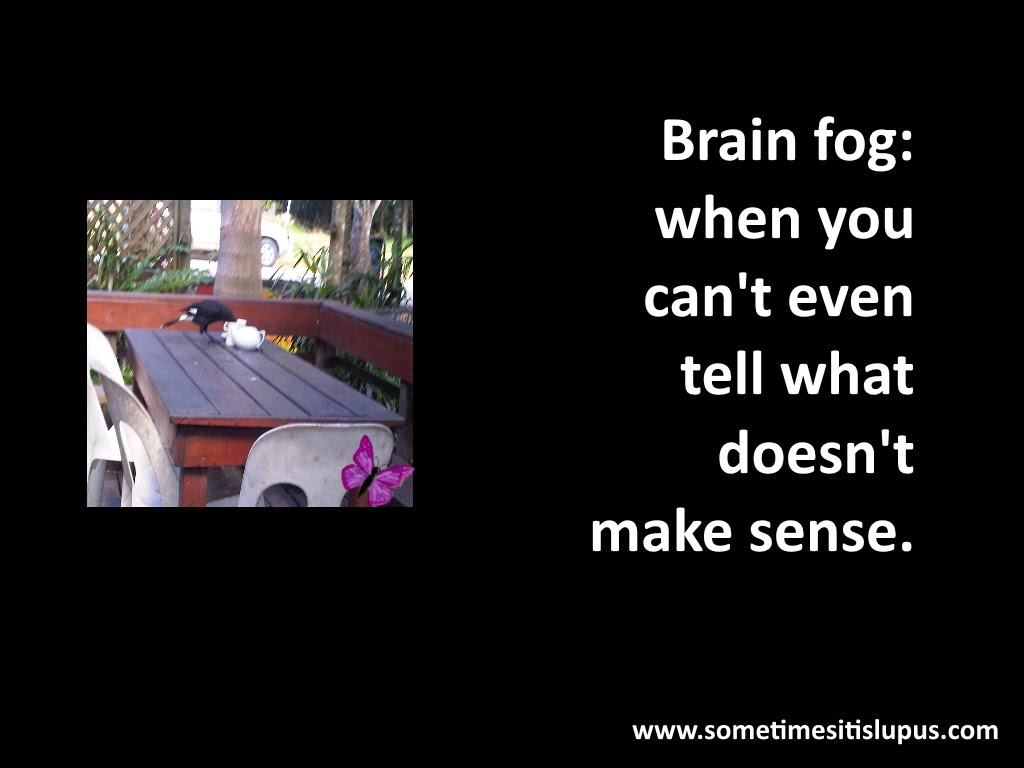 Well, the good news is I didn't burn the house down.

I was just trying to cook dinner.

Putting vegetables in a saucepan, and putting it on the stove to cook worked perfectly.

It was the meat that was the problem.  I was just going to take it out of the freezer and toss it in a non-stick frypan.  How hard could that be?

With brain fog, anything can be a challenge.

At first, it wouldn't cook.  It took me a while to realise I hadn't actually turned on the hotplate.

A few minutes later, the kitchen filled with horrible, acrid-smelling smoke.  You see, I keep these neat little aluminium covers over the hotplates when the stove is off, so I can use the stove as an extra food preparation surface.  I hadn't taken the cover off, and the paint on it had burned.  It only took a pair of oven mitts and a bit of juggling to remove the cover, and replace the hot frypan directly on the hotplate.

All good.  I managed to cook and eat dinner without incident.

It wasn't until the next morning, I discovered that after all the fuss, I hadn't turned the hotplate off when I'd finished cooking.

Yes, my stove had been happily cooking nothing for about 12 hours.

New plan: my long-suffering son who lives with me will now have to double-check absolutely everything I do, just in case I risk burning the house down.

Related posts:
Brain fog keeps me occupied
Waiting for the fog to clear
And the fog descends again
Cool morning with a chance of heavy fog
Fighting through the fog
Cognitive dysfunction
A little short of brain power
What happens next?
Fogsagna
Lost, one brain, if found return...
I don't need help, really
Grief
Not crazy, just lupie
Alas! Poor memory