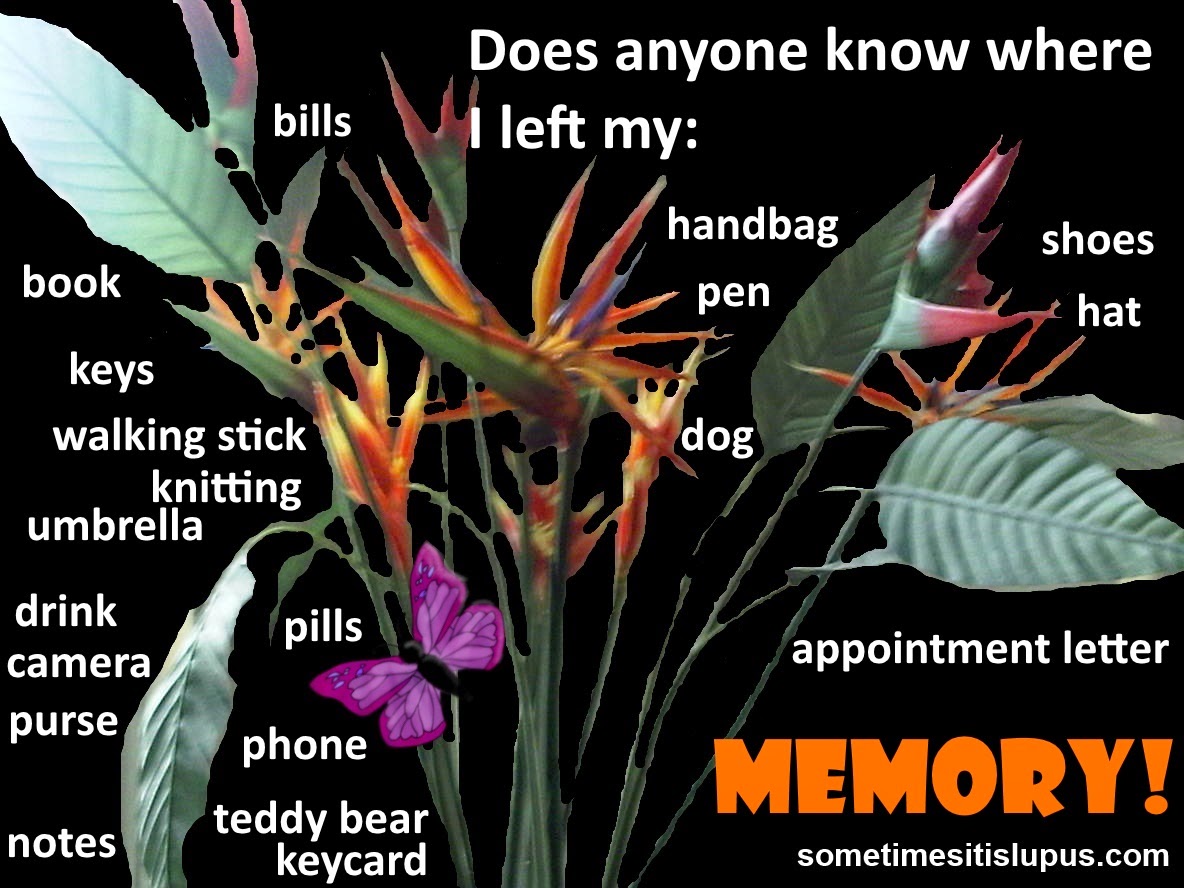 Sometimes, my cognitive dysfunction has no real consequences.  I hallucinate that the doorbell's rung.  I open the door and no-one's there.  It doesn't matter.

Sometimes it's a bit more serious.  Not all that long ago, on a Sunday morning, I found I just didn't have sufficient energy to drive to Brisbane for that Sunday's church service.  I figured that it would be all right, there's no great consequence to missing just one church service, after all.  What I had forgotten (and forgotten so completely that I hadn't done any preparation at all that week), was that I was rostered to lead worship that day.  When the congregation gathers at church, and there's no-one standing up the front, people notice. I'd had several worried texts from people asking if I was all right, and I'd just been saying, "I'm fine, just fatigued," before it finally clicked!  It's the nature of the church that I'm part of that no-one thought to tell me off for letting them down, just to all be concerned about my welfare.

For me, that was devastating. Ministry isn't just "the job I had to retire from", it's who I am. That little bit I can still do in retirement is precious. I felt I didn't just let down a congregation of people I love dearly, but I'd also let down God. I understand that neither God nor the congregation is mad at me for the failure. They understand that with my limits, this stuff will happen. But I'm mad at me, on their behalf.

Sometimes, it's not only serious, it's quite ironic.

For more than two years, I've been on a waiting list to see the Neurology Clinic at Royal Brisbane and Women's Hospital.  I've been desperate for that appointment, hoping against hope that my memory problems, my fuzzy thinking, my hallucinations, can all be cured.

I went crying to my GP, who told me to call them and ask for a second chance.  I called. I do get a second chance. Some time in the New Year, I will be given a new appointment.  That's my last chance.  If I don't make that appointment, I will have to go back to the bottom of the waiting list.

When I get the new appointment, all of my family members are going to put my appointment in their diaries, so I'm not the only one to try to remember it. I'll get to it.  I hope. As long as I remember how to get there.
Posted by Iris Carden at 12:07