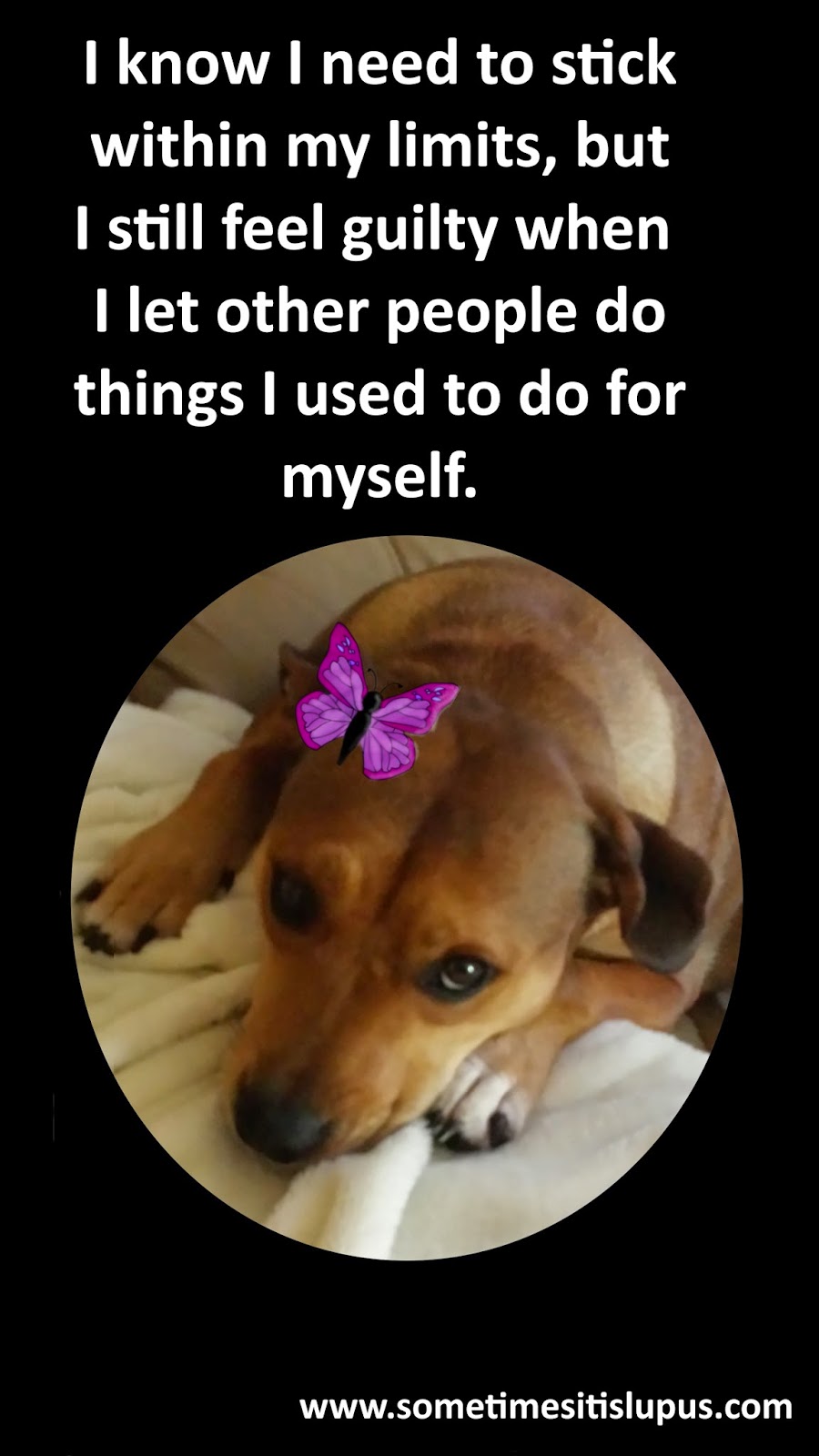 Knowing my limits, and sticking to my limits, have always been challenging for me.

On days when I'm feeling good, I want to just go ahead and do as much as I feel I can - even though, over the following days, that usually proves to be a bad idea.

Worse than that, I am starting to feel like I'm getting really old, as I do less and less that I used to do.

But now, my son has just assembled my Christmas present for my granddaughter - something I would have managed for myself not all that many years ago.  My daughter has announced she's doing the family Christmas lunch, which I did last year (and every year before since I was, well, my daughter's current age.)

I know that they're actually caring for me.  But suddenly, I feel like I'm very, very old. I also feel guilty when I sit by and watch other people do things I used to happily do.

Every generation has to go through handing the baton on to the next - seeing our children take over the things we used to do.  And I'm proud of them being willing and able to just take over. But I also feel old, useless, and rather guilty, that when they're taking on these tasks, I haven't picked up something else to do. Instead, I'm just lying on the couch and letting everyone else do the work.

That's where I suspect the experience would have been different, had I still been healthy.  I would have found other, still useful, things to do. Instead, I'm on a prolonged holiday while everyone else is working.